Maegan Creep’s Though The Dark

Maegan woke with a start, it have been one of ‘those’ dreams again. At least when they happened now they contained Christopher. Even so they always made her feel uncomfortable like it was somehow wrong to have those thoughts or think about doing those things.

Still in reality they didn’t seem any closer to actually doing them and she found her patience wearing thin. She knew logically it was unreasonable for them to fall into that sort of relationship but they’d spent almost every minute of his free time together in the past week. But even though he’d said we was starting to see her as a woman he hadn’t made a single move to kiss her.

Well her head or hand occasionally…. but that wasn’t the same at all….. he kissed his sister that way.

She was old enough now to realise that first kiss that they’d shared back at Orricks before they wed was just to put on a show and as such she desperately wanted a kiss that was real to compare. She wanted to know if they where they way she dreamed them, even though just the thought of it made a million little butterfly’s throw a party in her stomach. 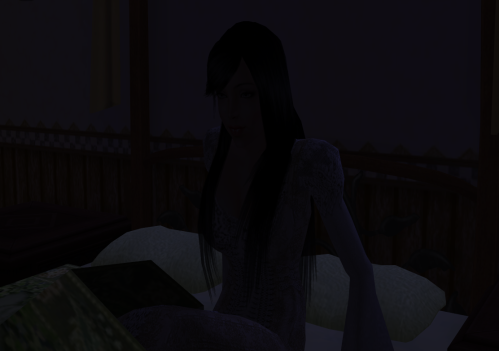 There had been a number of perfect opportunity’s over the past week for it to happen but he hadn’t even tried.

Just yesterday they’d gone for a ride and settled in some long grass to rest. There she’d been lying back looking at the clouds, him sat closely beside her. The perfect moment for him to lean down and kiss her.

Instead what had he done? Grabbed a huge handful of grass and giggling like a school boy he’d thrust it down the front of her gown before running off like an adolescent.

How on earth was he supposed to see her as a woman if he insisted on treating her like a child.

She sat there contemplating her position, for a moment she considered going to see if he was awake perhaps he’d let her snuggle up to him in bed. Her cheeks burning at the thought, she suddenly heard a noise out in the hallway. 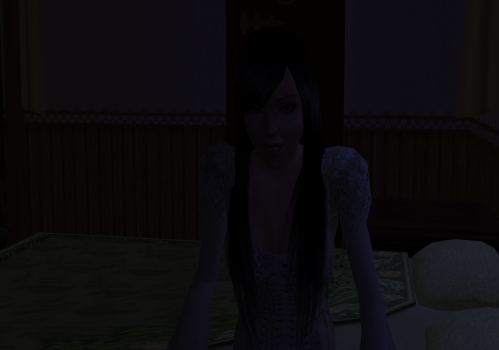 Focusing in on the noise she quietly got out of bed tiptoeing across the room to the door, there is was again but not one set of feet but two creeping as not to be heard across the landing towards Anya’s room.

Anya should have been sleeping hours ago.

Quietly she opened the door, this wing of the house was vastly different to the one her and Christopher shared. The rooms ahead of her accommodated Anya and Maegan’s lady’s maid the adjoining door allowed the servants to tend Maegan quickly and easily. It was a door however that Maegan herself rarely ventured though. The décor here was simpler than the rest of the house, homely and clean but lacked the extravagances of the public areas as it was meant only to be seen by the servants.

Peering though the gloom Maegan spotted the light of a candle dancing across the hallway, carried by who ever was doing the creeping. Whoever it was didn’t seem to see her in the darkness but as they turned the corner Maegan instantly recognised her sister in law and the boy she was trying to sneak to her room, Bailey.

Maegan gasped unable to face it, she quickly shut the door. Taking a breather on the other side. She knew of course Anya was as fond of boys as Christopher was fond of women but she’d never imagined she’d go as far as sneaking a boy into her room in the middle of the night.

Kissing and fussing was one thing but that .. that was quite another after all there was only one reason Maegan could think of why a girl would sneak a boy into her room and it was not anything she should be doing before marriage.

One response to “Maegan Creep’s Though The Dark”